Shortly after signing up for the 2014 Walt Disney World Marathon, I wanted to dress the part for my training and purchase some runDisney apparel.  I went out to the runDisney website section of the Disney Store, and was a bit disappointed with the offerings on the website.  None of the shirts offered were in my size, and frankly, there just didn't seem like much on the site anyhow. I also searched the Disney Stores in a couple of local malls, and unfortunately, they don't carry runDisney apparel. 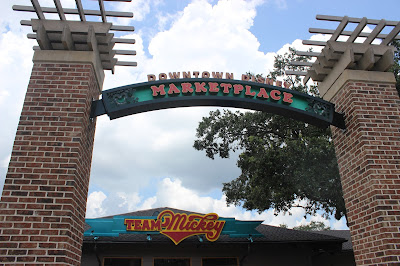 I posted some inquires in some runDisney FaceBook groups and found out that the Team Mickey Athletic Club at Down Town Disney had some apparel. It just so happens that I was going by Orlando and had a little bit of time to make a stop. 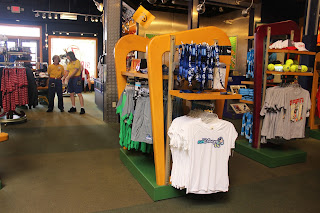 As directed by the online community, I made my way to the front of the store (the back if entering from the "external" parking lot area) and to my left-hand side (opposite side from the baseball section).  As noted by the online community, there was only one merchandising rack with a limited amount of apparel and other assorted items.  When checking out, I asked the cast member about the limited amount of stuff, and she stated that Disney seems to favor the expo during the running weekends and limits the supplies to their store.

The following are some of the items I found: 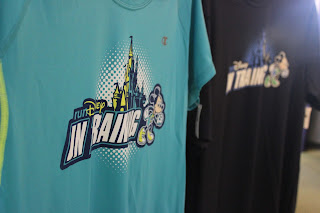 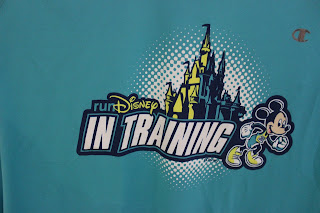 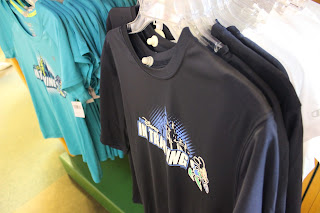 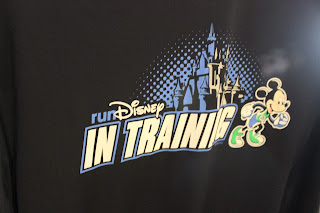 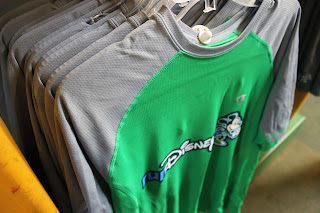 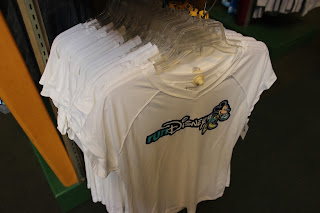 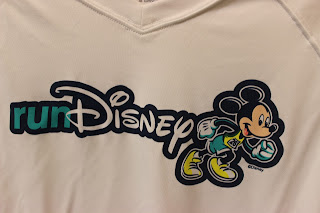 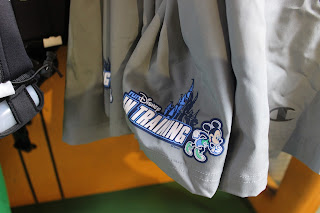 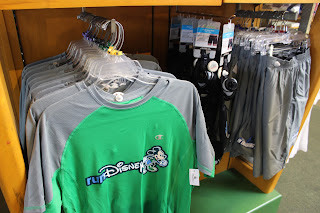 Next to the men's green shirts were men's grey pants.  The pants match the shirts with the gray and with the Mickey which was green. 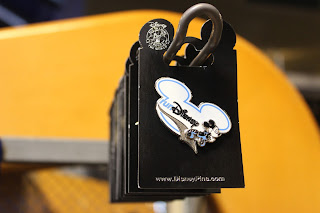 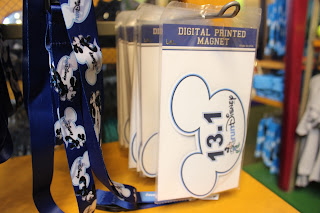 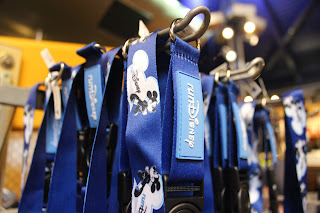 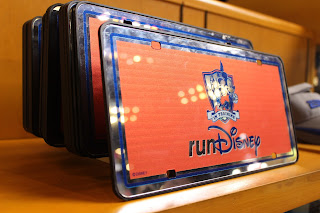 Above the clothing were associated runDisney items including pins, lanyards, 13.1 magnets (no 26.2... yeah, I'm dumbfound too) and license plates. 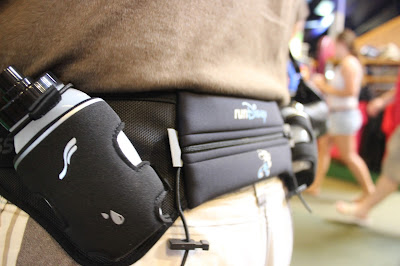 I also walked out the door (paid for of course) with the famed iFitness belt. I purchased the belt for two reasons. One, everyone has been talking about this thing and the runDisney logo is cool. And two, I was over joyed by the fact that my weight-loss has reached a point that the "small" belt fit.  As a matter of fact, I wore it during a fun run with my Run Space Coast group and it slipped down necessitating a tightening of the strap.  My only critique of this belt are the size of the water bottles.  There's only 12 ounces between the two (6x6) and that's only good for a walk or a short run.

Of the items I found and purchased, I was most pleased with the running shorts.  First, you have to know that I've only been running for several months and the shorts that I'm wearing are 10 year old Nike Umbro style shorts.  I have to say, I found the shorts very comfortable for running and I was most pleased with the "under shorts" that are provided.  If it weren't for the cost, I would buy more so I'll be on the search for similar shorts at the retail outlets.

If you know of a resource for similar short, please let me know. Thanks! 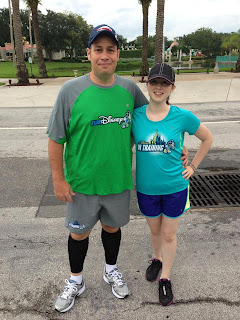 Well, here we are with our new purchases.  I purchased a new shirt, shorts, a pin and the iFitness belt; and Alexis, my daughter, purchased a shirt.

I have to say that I was disappointed that there were no runDisney caps.  I'm particular with my caps and a little reluctant to buy one online without the ability to try it out but now that I haven't found a hat at the TMAC, I'll have to take a chance and buy one.

Overall, I was quite happy with what I found but I do have one area of confusion.  The races are so popular, I just don't get how a retail giant like Disney is missing opportunities to sell merchandise to addicted runDisney runners. Does anyone have an official answer?

So that's my review of the runDisney apparel at Team Mickey Athletic Club.

Please let me know if this review was helpful.